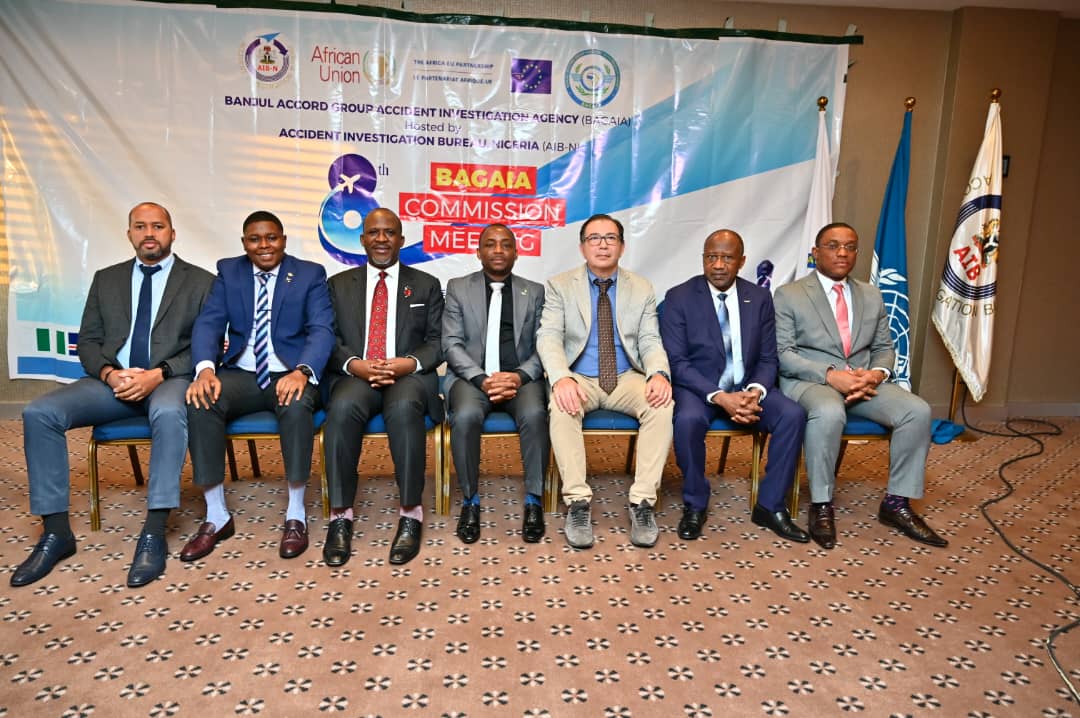 In addition to the representatives of the seven member countries of BAGAIA and the respective Commissioner, representatives of WACAF, EASA and BAGASOO, partner institutions that have contributed to the implementation and consolidation of BAGAIA, were also present at the meeting.

The State of Cabo Verde, through the Chairman of the Board of Directors of IPIAAM, Eng.º Mário Margarito Gomes, was appointed as Coordinator of the Working Group, also made up of representatives of Nigeria and WACAF, responsible for reviewing important management instruments of BAGAIA, such as the Strategic Workplan, Staff Rules, Financial Regulations, Procurement Policy & Procedures, and the country will also be represented in the review team of the BAGAIA Agreement.

During the closing remarks of the 8th meeting of the BAGAIA Commission, those present and commissioners from the Member States of this regional accident investigation organization, praised the deliberations and resolutions from this meeting, highlighting the importance of cooperation and all Member States to play their part towards the growth of the agency.

The Commissioner of BAGAIA, Eng.º Charles Erhueh stressed that, despite having overcome one of the teething challenges, which consisted of reducing the accident rate as low as possible and and in some BAGAIA states as low as zero, there are still numerous other challenges, which can be overcome with the implementation of the recommendations and resolutions that came out of the meeting and with the adherence of more countries to the agency.

The Minister of Aviation, Sen Hadi Sirika, who was represented by the Nigerian AIB Commissioner, Eng.º Akin Olateru, expressed that together it is possible to promote safer skies.