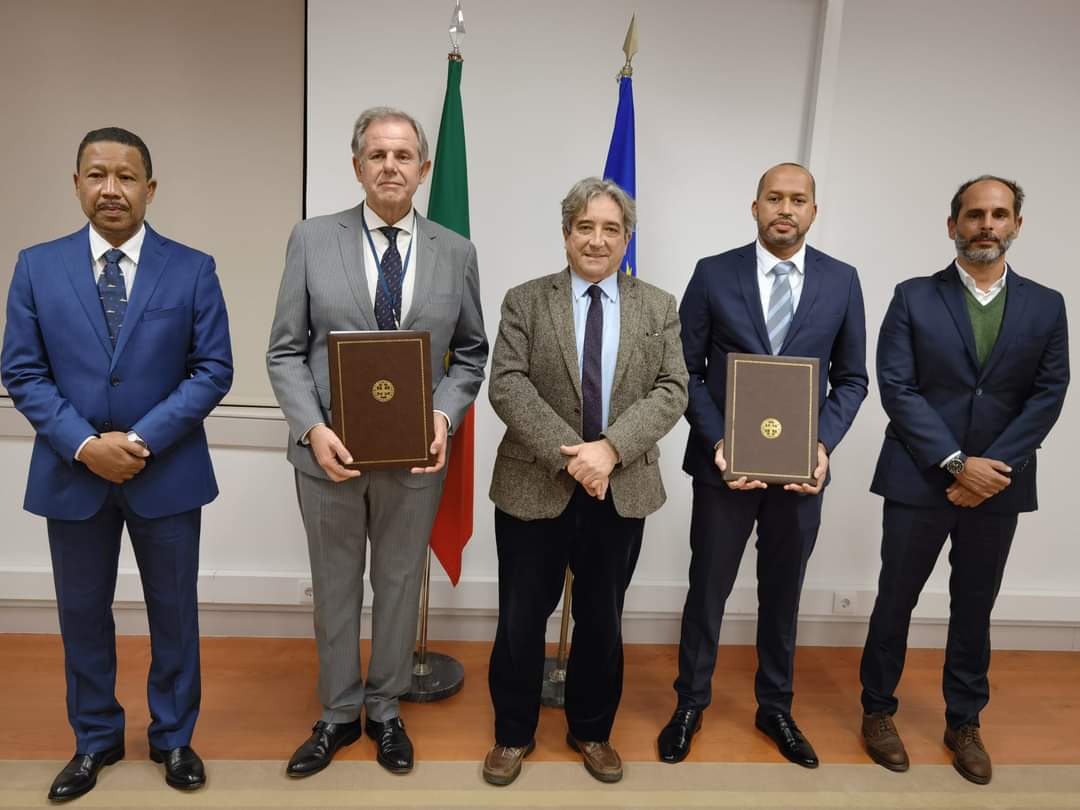 On December 9, IPIAAM signed an institutional cooperation protocol with the Maritime Accident Investigation Office and the Authority for Aeronautical Meteorology (GAMA), whose signing ceremony was presided over by the Minister of the Sea of Portugal, Ricardo Serrão Santos, who highlighted the importance of the signed protocol in the creation of new synergies in the maritime area, contributing to the inspection and control of ports, to the strengthening of the economy of the sea and to deepening relations between sister countries, such as Portugal and Cabo Verde.

The meeting was attended by the President of the Board of Directors of IPIAAM, Mário Margarito Gomes and the Executive Member for the maritime sector of the same institution, António Duarte Monteiro, and the President of GAMA, Miguel Sequeira and the Head of the Multidisciplinary Research Team of Maritime Accidents (IAM) of GAMA, Tiago Teixeira.