IPIAAM participates in an emergency exercise 2022-12-21 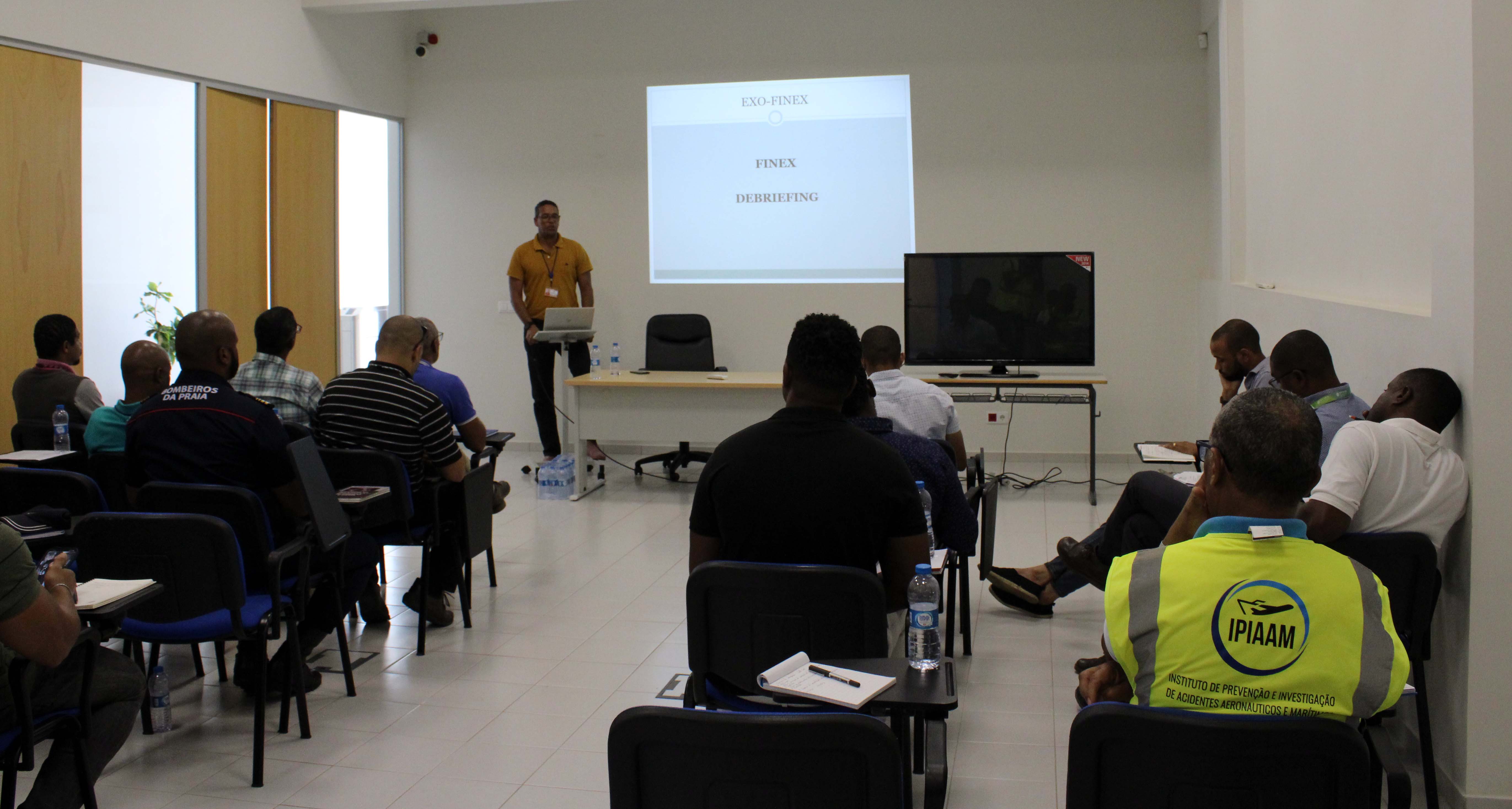 On the 16th of December, IPIAAM participated in the emergency exercise (table top), organized by the ASA and which took place at the Civil Protection facilities in Praia.

Represented by the Aeronautical Safety Department, the institute, as an observer, had the opportunity to record the interventions of each entity involved in the exercise, which was carried out against the backdrop of a fuel spill when refueling the aircraft.

This exercise also had the active participation of the following entities: Enacol, ASA, TACV, CV Handling, Municipal Firefighters and AAC, the latter also acting as an observer.